Strange black spots suddenly appeared on mushroom caps and mycelium. Why is this happening? Is it contamination or not? Is it safe to take such mushrooms? 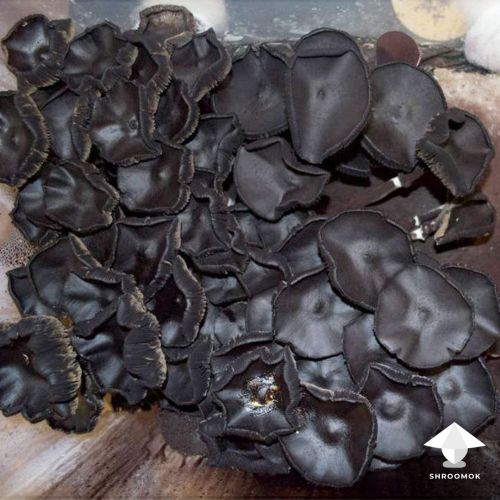 You can observe such dark spots on mushroom caps and mycelium right after torn veil. Since this moment sporulating phase is started. It is vital importance for mushrooms to spread all mature spores and continue fungi life

Black spots on mushrooms and mycelium: contamination or not?

The color of fungi spores are black-violet or brown-violet. At first spores appear on the torn veil and mushroom stem. 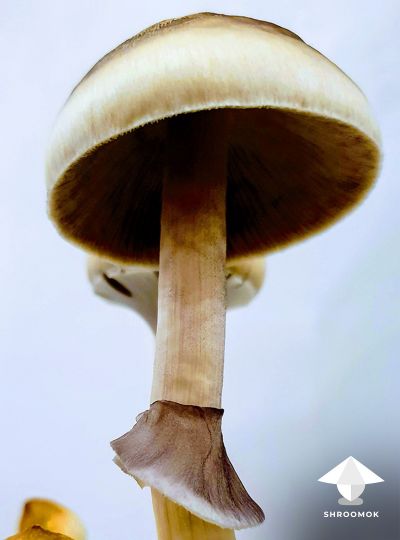 If you leave mushrooms on the cake to sporulate for 1-2 days they drop huge amount of spores on the substrate, other cakes, mushrooms and even walls of fruiting chamber. Total mess at first glance looks like contamination. Extreme sporulating aesthetically looks unattractive. 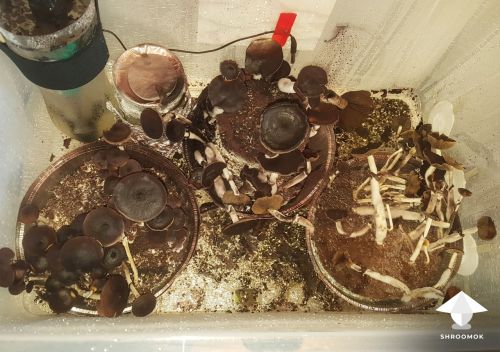 Spores everywhere in fruiting chamber: on mushroom cakes, on mushroom caps and walls of the growbox. Photo by mrzimm - Shroomok Growers Community on Discord

"Holy black crap - is this the nasty stuff I think it is? Wwwaaahhhh" 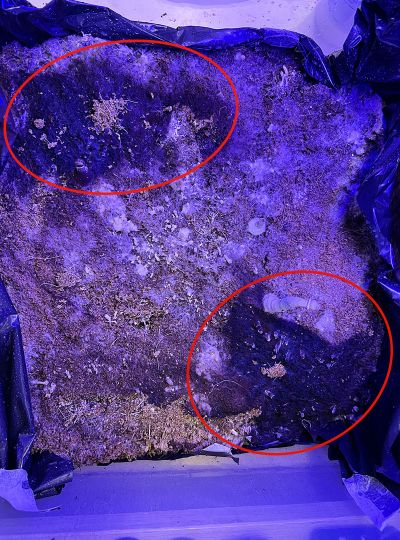 When realised it's just spores:

"OMG what a f*vking noob I am! Not black mold but SPORES! Took three (shrooms) this size out of tub… they all looked like this - spores ejected! Hahahaha learning - all the time learning" 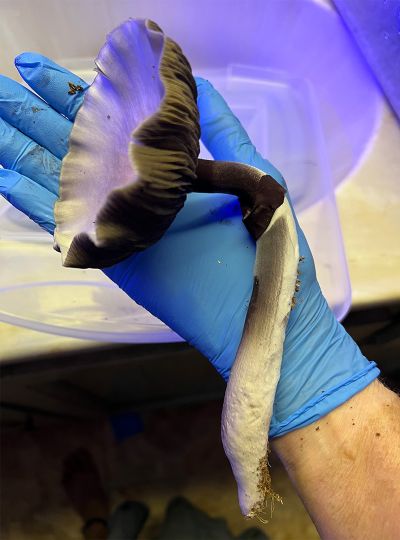 Nothing to worry about, grower! It’s not contamination, just mushroom spores create such layer

Mushrooms spores on mycelium and shrooms. Is it safe or not? 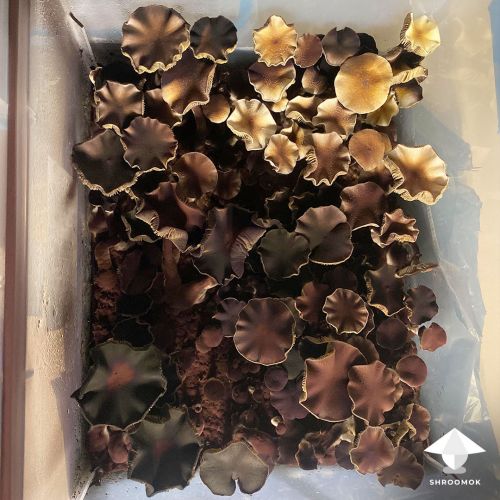 Spores released on shroom caps and mycelium. Hurry up!

After spore releasing, the process of decomposition of the fungus cells begins. Mushroom body literally dying and slowly loses its quality and potency. That's why no sense to wait too long. Moreover, it influences pin development of the next flush and can provoke contamination. 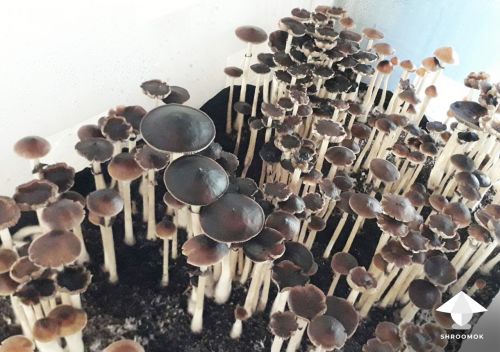 In fact we wait for torn veil if we are going to make spore prints.

It's too late to make spore prints after releasing spores, because they are mostly on caps and mycelium. 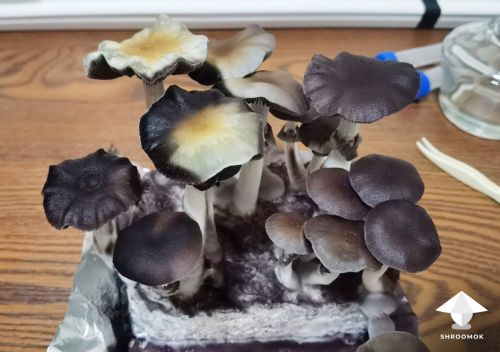 Spores on caps and mycelium. Photo by mrzimm - Shroomok Growers Community on Discord

If you don't need prints you can crop your mushrooms anytime: before torn veil, or right after torn veil.

For consuming I crop shrooms earlier, before torn veil. Such mushrooms are denser and taste better to me IMHO

There is one more reason to avoid such rich sporulating. Spores create a layer on mycelium and inhibit pins development. 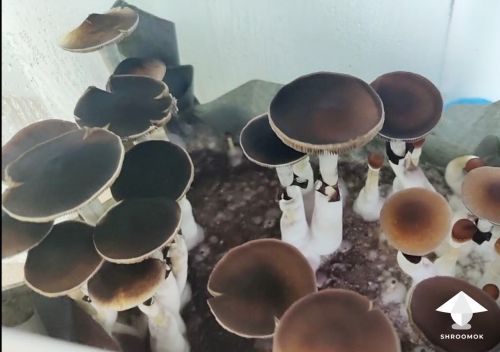 The last point. If the fruiting bodies begin to rot, it can lead to contamination of the entire mushroom cake/block. 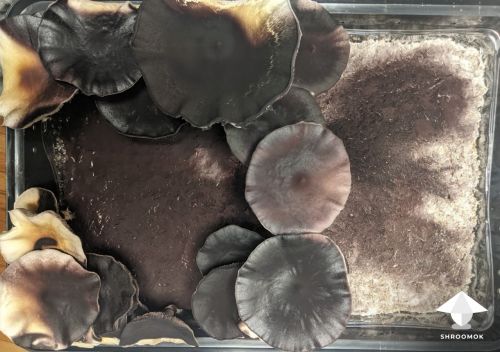 Spores on mushrooms and mycelium

Right after torn veil air currents carry spores and deposit them on the tops of the caps and sometimes creating beautiful arts. 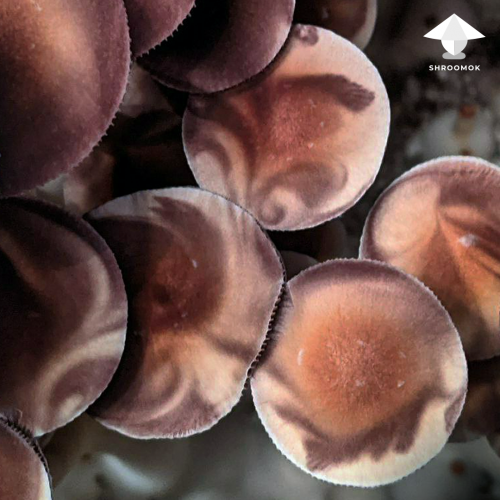 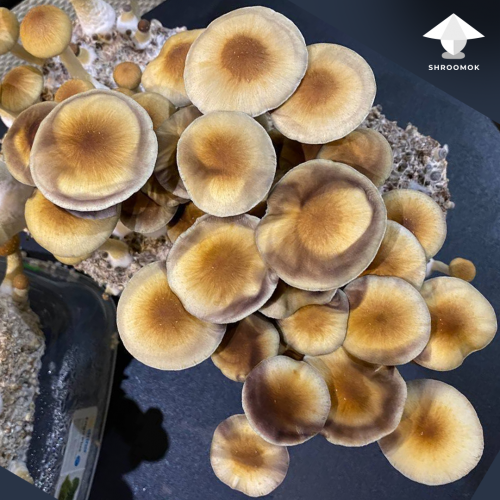 Check out spores on gills under the microscope. Here are the billions of spores produced by mushroom fruit body 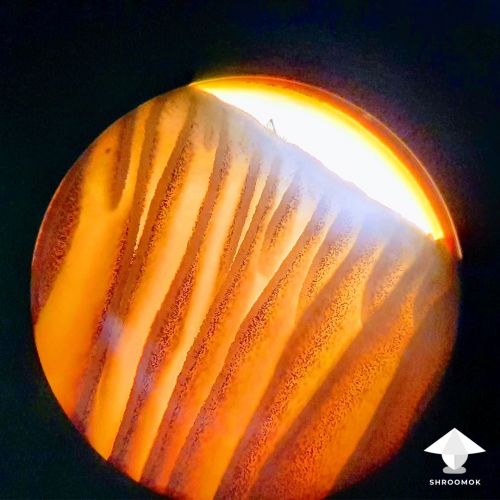 Spores of Golden Teacher for microscopy use 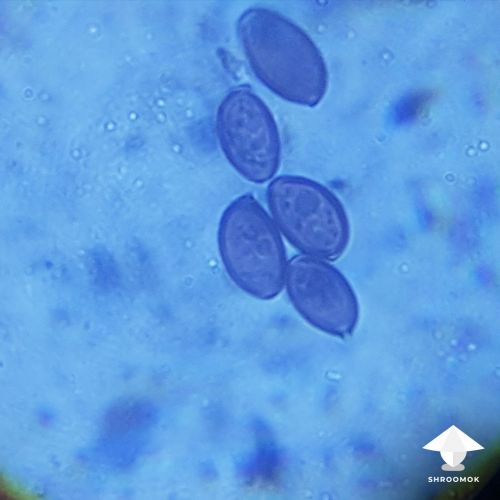 Have a happy growing and harvest your shrooms in time!