What is the difference between Spore Syringe and Liquid culture aka Liquid Mycelium? 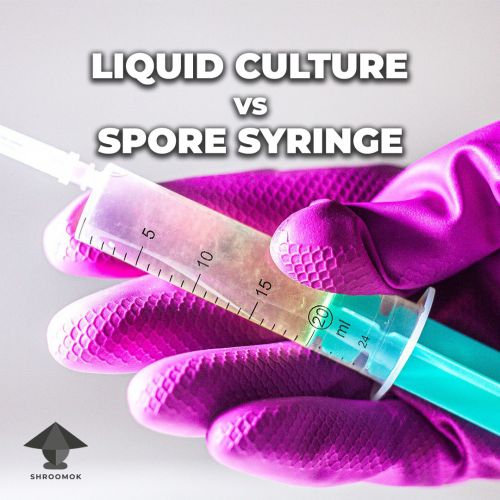 What is the difference between Liquid spore syringe and Liquid culture?

Let's figure out how mushrooms multiply in mushroom cultivator experience.

Hope mycologists forgive me, because in this article we are going to skip scientific terminology and try to explain this process literally on the fingers and analogies.

Newbies always confuse liquid spore syringe and liquid culture (LC). But they are not the same thing!

🍄 For example, we have a mushroom with a cap. Each cap has spores underneath. It's like the seeds for plants. As long as they're under the cap they're moist.

When we have a spore print on our hands, those spores are dehydrated. That is, they are dry. Their cell shells are compressed toward the center to seal themselves. In this way they try to persist. And wake up to germinate if favorable climate conditions.

How can we initiate their awakening? 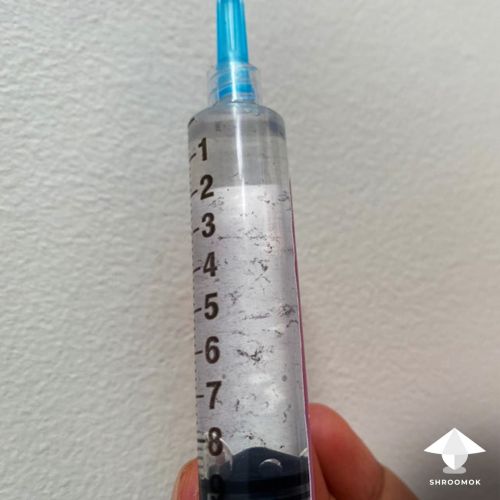 The spore suspension is a syringe with mushroom spores and sterile water. This is how they get soaked in moisture and are ready to germinate. Without this rehydration, the spores will not germinate in the substrate.

✅ But it is the easiest and fastest method for beginners.

✅ It doesn't require any special skills or experience.

✅ No need to use a glove box or SAB. It's optional.

✅ This is a basic skill, which will come in handy for more complicated mushroom cultivation methods.

How to make spore syringe. How to dilute it and get more material for grain inoculation? Check out: Liquid spore syringe 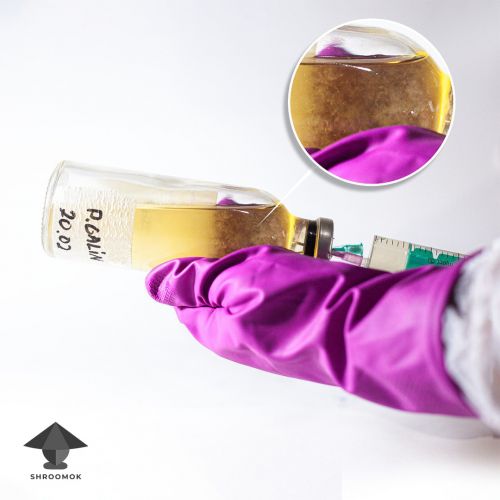 Main ingredients for preparing a liquid culture consists a liquid spore syringe and a nutrient medium (for example, based on honey, dextrose, fructose, potato flakes, corn syrup, grain broth). This nutrient medium becomes a food for mycelium and support its development.

✅ LC has a higher viability than the spore suspension.

✅ A lot of material can be made from it by multiplying LC in nutrient solutions.

✅ The process of colonization of the substrate when inoculated with LC starts a few days faster and develops more actively.

🔴 But the process of preparing LC requires time for mycelial development in a liquid nutrient medium.

In fact, it is a ready-made mycelium, which quickly begins to grow in the substrate. It has already germinated. And these sprouts (hyphae) have begun to weave together to form mycelium.

When we inoculate grain substrate with LC colonization is much faster, because mycelium has ALREADY formed and continue its development. It's easier and faster from this point than to start from scratch.

✅ Liquid culture has a higher viability.

✅ The process of colonization of the substrate when inoculated with liquid culture starts several days faster and develops very active.

✅ Liquid culture allows to get ahead of contaminants.

✅ With LC you can inoculate an incredible volume of substrate! And from the same LC you can prepare an unlimited amount of LC by multiplying it in new clean sterile nutrient solution.

In the next articles we'll get acquainted with more sophisticated methods of fungi reproduction:

🧬 Growing mycelium on agar or spores to agar (S2A)

Enjoy the world of Fungi and home mycology!